The Ancient World was filled with incredible stories and tales; Heroes, Gods, Emperors and Kings provide us with the perfect inspiration for a quiz. So get ready to share this one with your students and see who knows their myths, legends, tales and history. 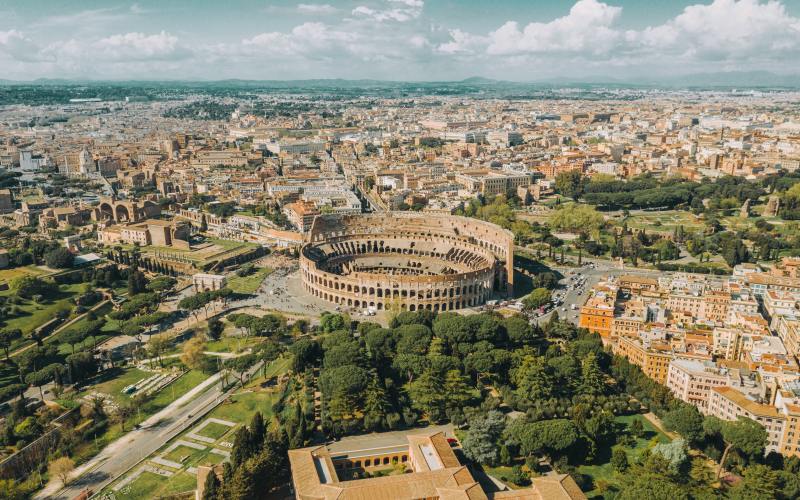 How to Use This Template

All of our templates are designed to be downloaded and used within a few quick clicks. Log in to your account and click ‘Get template’ - Simple! To join a presentation all students need to do is enter the voting code or scan the QR on their phone or internet device. Remember that anybody can join a Menti no matter where they happen to be logging in from.

Our paid Mentimeter plans allow users to edit every aspect of this template from slide type to background image. Free users can use the template as is and everyone, no matter what your plan, can also use our trivia questions below as another source of inspiration.

Centuries of fascinating history can’t fit into one template, no matter how hard we try! So, we decided to add some additional questions and answers that will make a perfect pop quiz or homework.

1. How many Kings did Ancient Sparta have at one time?

2. Who was the patron God of Troy?

3. What military formation was made famous by Alexander the Great?

4. Who did Theseus kill in the heart of the Labyrinth?

5. The Elgin Marbles were taken from which building?

6. What year was Rome founded?

7. What Roman General defeated Hannibal at the Battle of Zama?

8. Where was Julius Caesar killed?

9. Which Emperor built the Colosseum?

10. Emperor Hadrian was the first emperor to...

12. How many wars did the Carthaginians fight with the Romans?

13. On what island would you find the Minoans?

15. Who was the first Christian Roman Emperor?

16. What structure did the Emperor Hadrian build in Northern England?

18. What was the currency used in many ancient Greek states?

19. What was the highest political office in the Roman Republic?

20. People travelled far and wide to visit who at Delphi?

22. How many of the 7 Ancient Wonders were located in modern day Egypt?

8. The Theater of Pompey

22. 2 - Pyramids of Giza and the Lighthouse of Alexandria