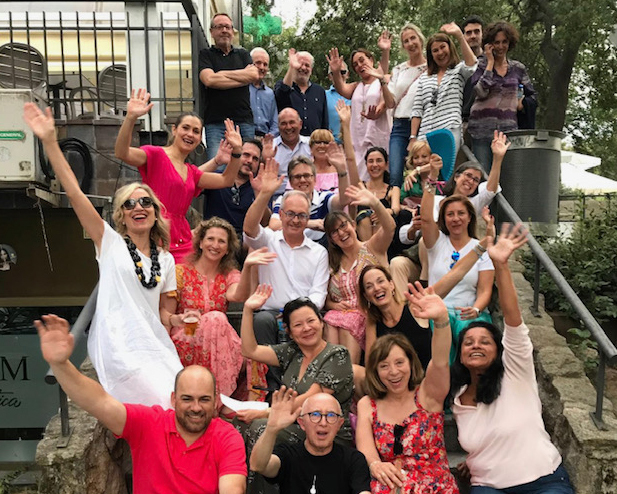 Fuente del Fresno is a gated community located north of Madrid. In the past, the board members of the HOA (homeowners association) have tried to launch initiatives to bring the members closer together unsuccessfully. Maria was a board member and she along with some of neighbors of the gated community and wanted to try and change the view of the community activities and tailor-make them to what her neighbours were interested in.

We visited Maria while on our annual relocation trip which was this year, in Madrid. Maria explained how Mentimeter has transformed the number of participants in the activities and helped to build a sense of community among her neighbors.

Maria explains “one of the ideas was to create a grassroots movement to pick up on the elements that may persuade people to come to our activities, so we created a movement called ‘Fuente Se Mueve - Our neighbourhood on the move’. One of the things we did was once again use Mentimeter because I had just experienced with another initiative that this tool was so easy to use, was so engaging, and I think friendly, fun and I think the ease of use makes it very intuitive for people to participate.” 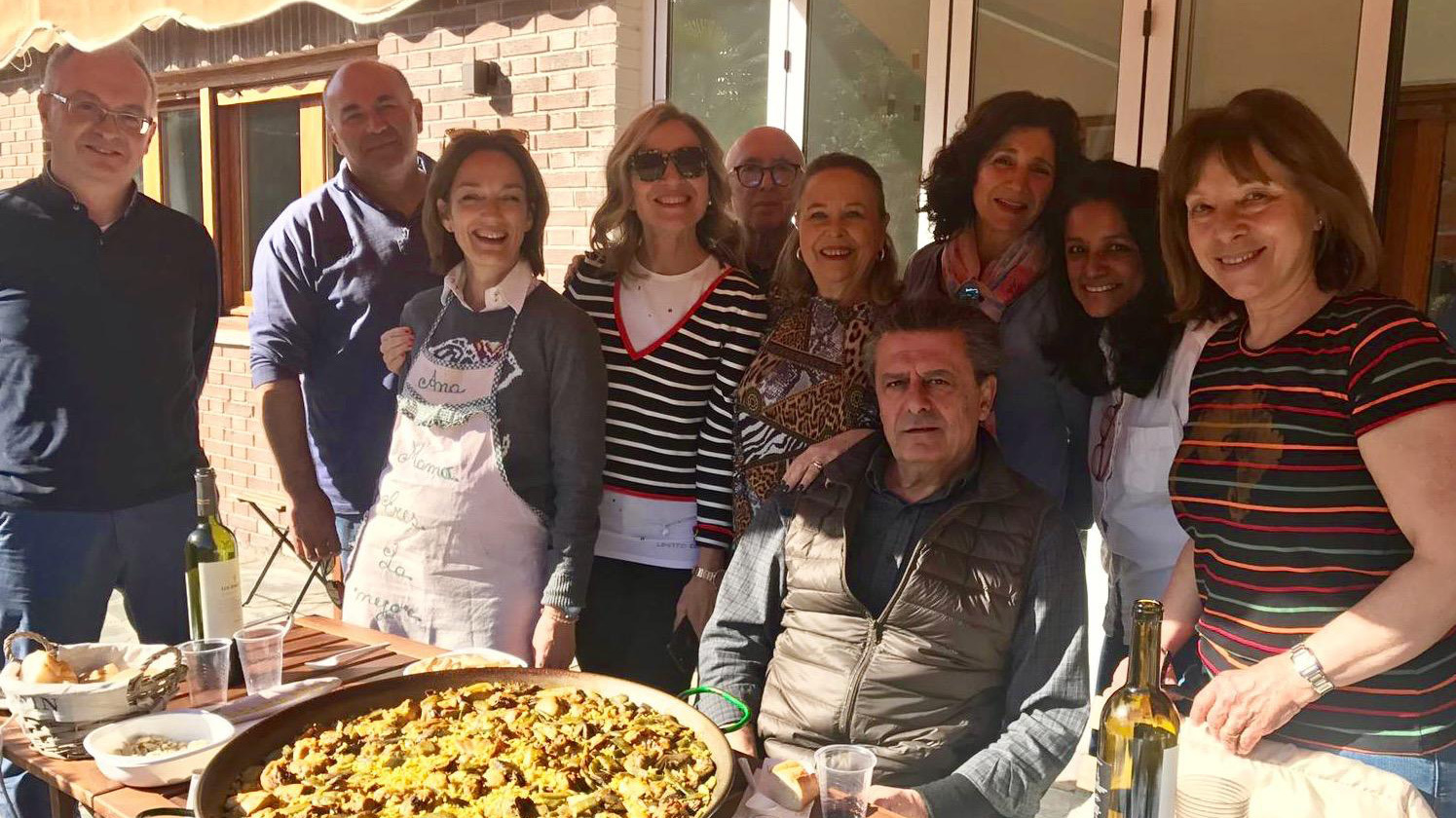 As Mentimeter is so easy to use, it helped Maria to engage all of the older residents. Initially, she experienced some push-backs from other board members, questioning how easy some of the residents aged 70+ could use the technology but to their surprise because of the intuitive nature of Mentimeter they have never had so much participation from their community. “We had more participation than we had ever had so we were really happy to hear those voices and we got some great insights into people’s answers”. 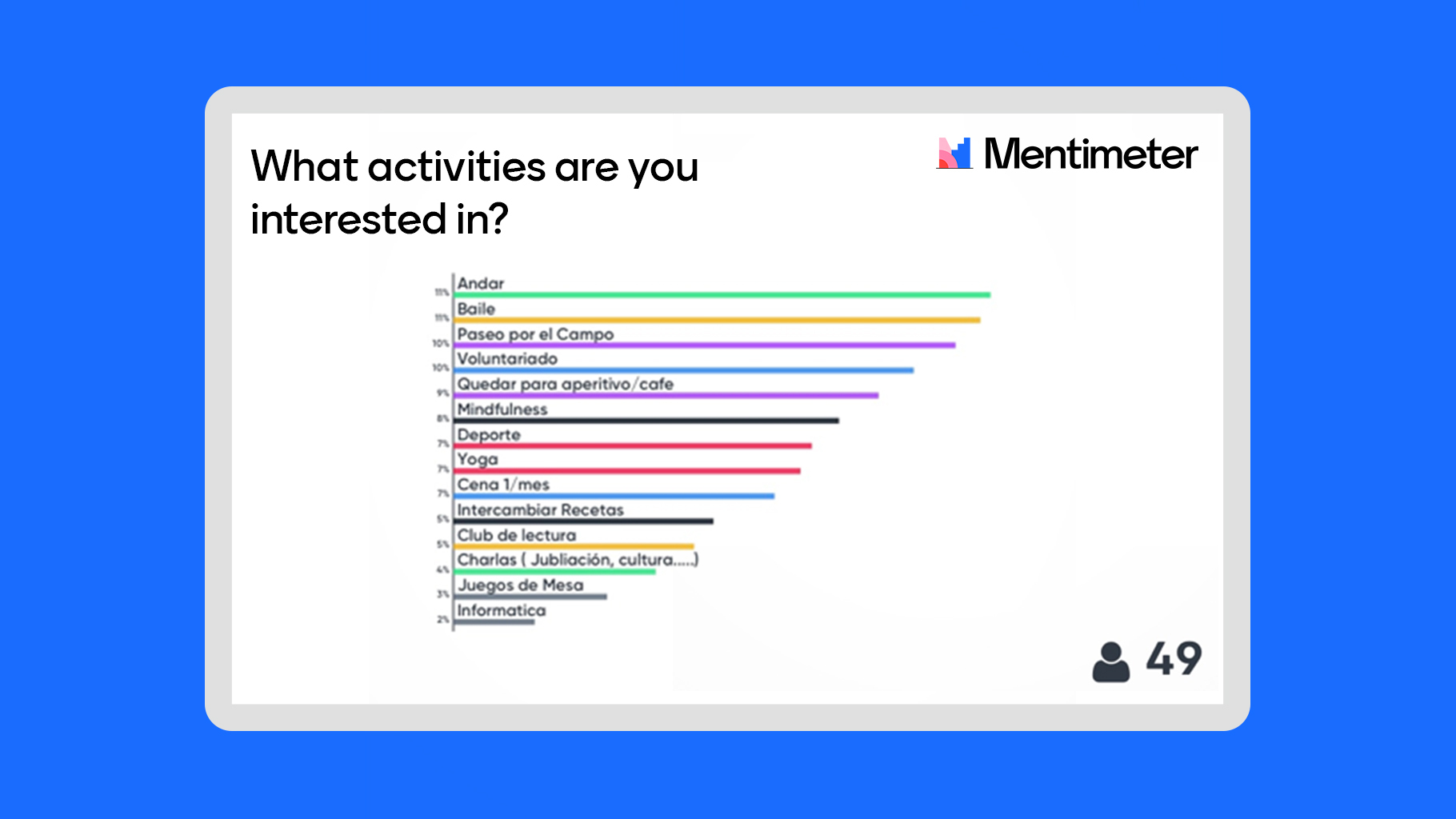 Maria goes on to explain how Mentimeter allowed them to reach a consensual agreement where everyone could equally contribute their thoughts and feelings. Maria says using Mentimeter allowed them to “put some numbers behind the initiative” and use the data to make a fair and accurate decision. They didn’t want it “to be a political thing or that some of the neighbours had their voice and some feeling like they didn’t want to take part.”

"It has been a really fun experience and brought lots of people together."

Introducing a Mentimeter survey enabled those neighbours who didn’t feel comfortable to give their opinion in-person to contribute anonymously. It gave every community member the opportunity to voice their opinion on equal terms and that it wasn’t just the loudest voice that was heard.

Taking your public speaking to the next level