Emma Cullen2018-04-04
Despite being based in Stockholm Sweden, Mentimeter has a global audience with users from all over the world. Like many SaaS companies, trying to create a great user experience for many different audiences, operating in many different languages, with a small team based at one location can be a challenge. This blog post tells the story of how Mentimeter has tried to tackle localization during the past few months, without hiring a single translator.

We started to define what we wanted to achieve with localization by reflecting on one of our core values: to make presenters look like stars on stage. With this in mind, combined with requested we had received from users, we knew that we had to focus on using localization to help the presenters feel more confident when presenting with Mentimeter and making the audience experience as best at it could be. Internally, we also knew that we were a small team, and that we wanted to remain agile and flexible - so localization couldn’t be something that would slow us down, or drain our resources. 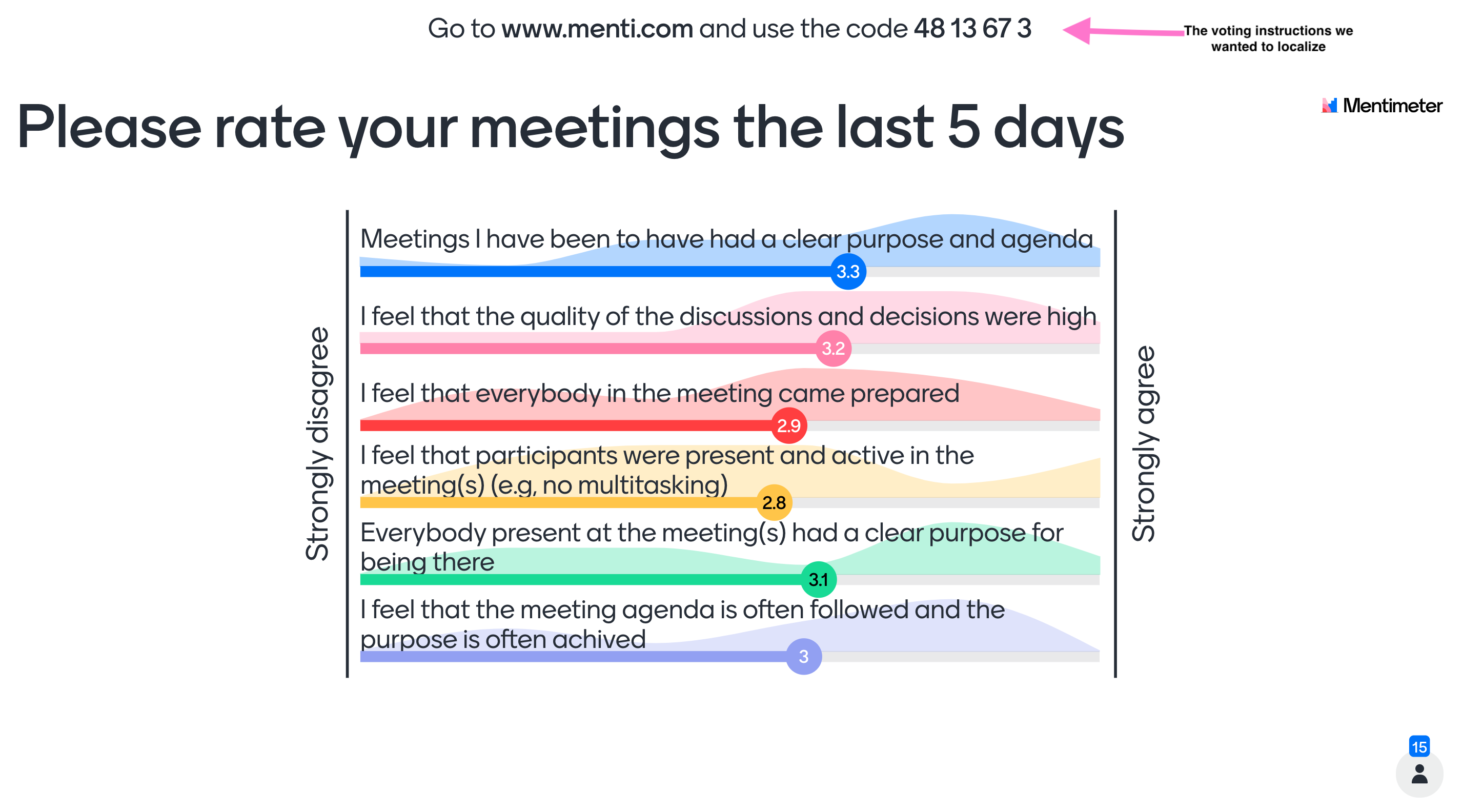 As a small company, we knew our limitations. We do not have offices in different locations or a team of in-house translators ready to take on the project. For us, the best way to start implementing this project, was to first translate some languages in house and then reach out to our active user base, and particularly users who had requested the feature to help us with translating this text. 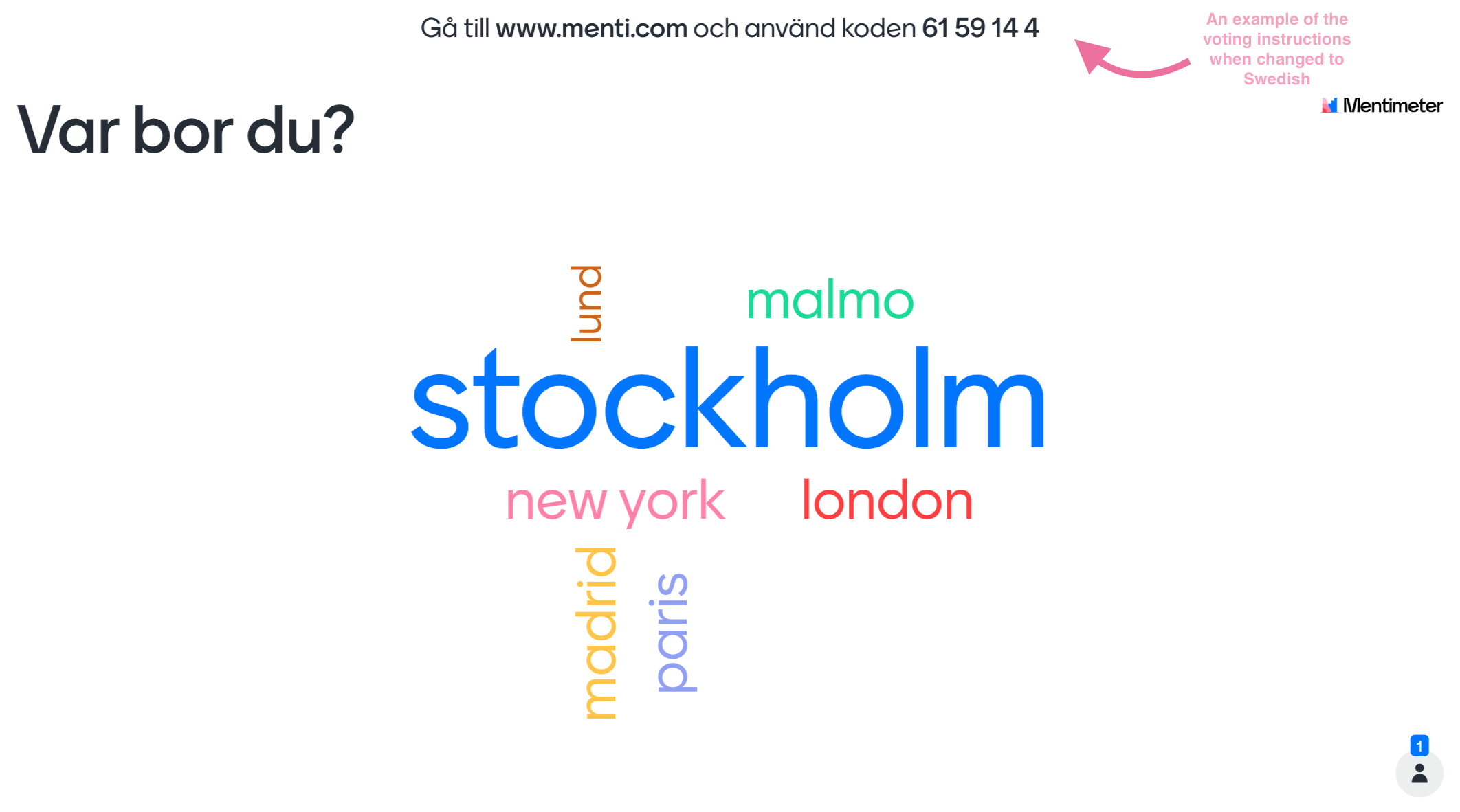 Crowdsourcing worked well for Mentimeter because we have amazing users who wanted to help out with the project. Crowdsourcing would also help us to have an agile approach to the project as once a language was translated, we could make it available for our users quickly.

As mentioned above, the project is still ongoing, however, we have learned some things already. First, we have learned a lot about our users. We have learned that they are engaged with us and the product, which made crowdsourcing translations a breeze. We also learned that amongst our users, there’s a strong sense of community. This has been shown through users’ willingness to help us improve the platform - which feels amazing!

Companies may be scared to start working with localization as they risk losing momentum when implementing new things, and as a SasS company, you don’t want friction. We drew a clear line and decided on what to do — we knew that we were not providing a full localization experience for our users, however, what we offer is enough to extensively improve their product experience.

Our Scariest Features this Halloween!