Niklas Ingvar2020-10-12
Why are there so many uninformed opinions flourishing on social media? Why are people so bad at making good decisions? And why are your colleagues performing worse than you do? In this article, we will explore illusory superiority and the Dunning-Kruger effect - which is exactly why you (incorrectly) believe that you are better than others.

In 1999, David Dunning and Justin Kruger conducted a series of experiments to examine how people evaluate their competence. They tested the skills and self-image of the participants when it comes to humour, logic and grammar with a two-step experiment setup. The first part was to measure the actual performance of the participants by an objective test. In the case of humour, the test was to rate how funny different jokes were, and the individual ratings were compared to those of an expert panel of comedians. In the second part, the participants got to rate how well they performed compared to the rest of the group.

The results showed that overall, the participants overestimated their abilities. Most of them believed that they were better than their score demonstrated. If you take a closer look at the graph below, you can see that the bottom performers actually made the worst estimate. The gap between their test score and their perceived ability is equal to 57 percentage points. This overestimation decreases as the test performance increases. When it finally comes to the top performers, you can see that they even underestimate themselves. The same pattern was evident in all three tests, no matter if it was about humour, grammar or logic. 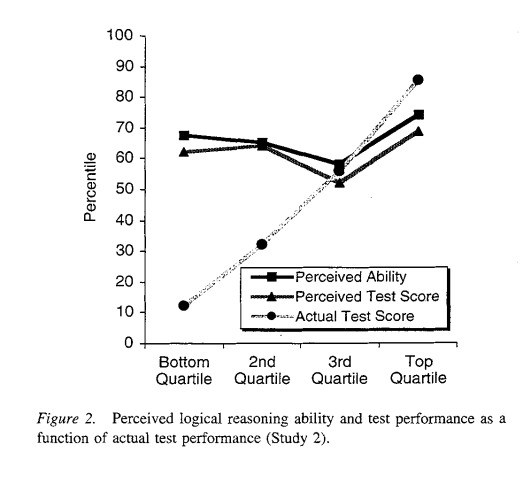 Figure 1: From “Unskilled and unaware of it: How difficulties in recognizing one’s own incompetence lead to inflated self-assessments” by J. Kruger and D. Dunning.

Dunning and Kruger’s findings show that people with low competence tend to overestimate their abilities at a task, which is what we call the Dunning-Kruger effect. But why is that so? This has to do with illusory superiority - the belief that oneself is better than average. A study on people’s rating of their driving competence showed that 93 % of the subjects from the US and 69% of the subjects from Sweden believed themselves to be more skilful drivers than the median driver (Svenson, 1981). This is of course impossible, as half of the participants are below average and half are above. As for the people who rate themselves lower than they actually perform, it is because they think that the task is easy for other people as well. This belief can make them undervalue their own accomplishments.

In summary, the inability to correctly estimate one’s performance comes from the failure of understanding the standard of performance of the activity in question. Competent people believe that the task is easy and should be carried out with high results. As for those who lack competence, they also lack the knowledge necessary to recognise what it takes to succeed. Dunning and Kruger (1999) write that “The same incompetence that leads them to make wrong choices also deprives them of the savvy necessary to recognize competence, be it their own or anyone else's.” Further research also suggests that receiving some training at a task makes one better at estimating competence. This is illustrated in the graph below, where the peak of over-confident beginners is followed by a drop when the person realizes that they do not know that much. As knowledge increases, their confidence also starts to slowly increase accordingly. 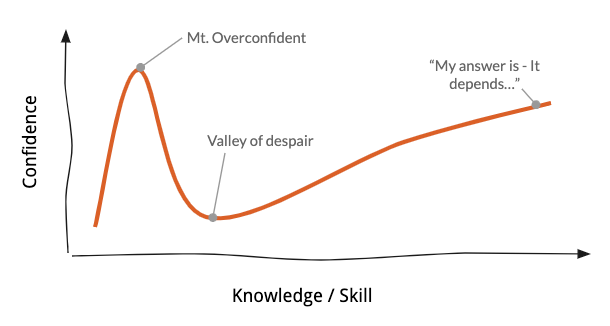 Figure 2: Illustrating The Dunning-Kruger effect. Figure by the author.

No one is immune to the Dunning-Kruger effect. If you only know a little about a topic, you might be tricked into thinking that you are pretty skilful. If you are an expert in one area, you might believe that your knowledge is transferable to other areas as well. But of course, no one is good at everything and we are all prone to experience the Dunning-Kruger effect. This means that we all need to educate ourselves and raise our self-awareness to overcome its power.

One exercise that I have done to increase the awareness of my audience was to ask them to describe their own performance with one of four statements. I find that this format is the safest one to create an aha moment and you can get the template here if you want to try it yourself. Note that the second question is only there for throwing the audience off a bit. Here are the results from my survey:

We can clearly see that the participants rate their performance higher than the performance of others. This shows the effect of illusory superiority, our tendency to overestimate our own qualities in relation to other people. Illusory superiority is one of the biggest drives behind the Dunning-Kruger effect - we are inclined to overestimate ourselves and have trouble understanding what it means to be on target. These graphs can be an eye-opener and provide hands-on support for group discussion and insights. Mentimeter also provides the possibility to segment the result so that you can track how the responses shifted between the two questions:

Figure 4: The distribution of votes showing how the participants voted on the other question.

Here is the template if you want to try this exercise for yourself!

What you can do to overcome the effects of Dunning-Kruger