How we improved our Word Cloud 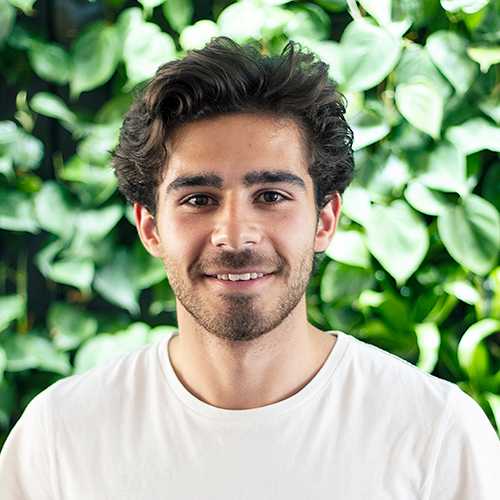 Soner Vergon02 of April, 2019
The Mentimeter Word Cloud is one of our best-loved features with thousands of people creating and presenting Word Clouds every day. That’s why I set about, together with the rest of our Product Team, to make some changes and improvements to the Word Cloud, making it better than ever!

Soner shares what he loves about the Mentimeter Word Cloud

Why we decided to change the Word Cloud

When I started to look at the old Word Cloud, I found that there were three core reasons why I felt that we needed to improve it in order to give our users a better experience:

Present data in an even more accurate way

I wanted to make sure that the data collected in the Word Cloud was presented in the most accurate way. During our research, we found that when the Word Cloud was small, with only a few entries from the audience, the data was presented accurately. However, when the Word Cloud started to grow, we could see that there were always three or four very large words which drew all the attention from the other words. Taking a closer look, I noticed incorrect visuals compared to the actual values in the data. To give our users the best possible visualization of the collected data, we considered it important to make this improvement, in order to make sure that the data was presented accurately.

Improve the look of the Word Cloud

When the Word Cloud started to grow as entries were added, it started to look less and less visually pleasing. One of the key factors to why our users and their audiences love the Word Cloud is that it looks amazing on a big screen. Therefore, we needed to make sure that the Word Cloud design looks great, no matter how many entries are added.

What changes did we make to the Word Cloud?

In order to achieve the goals above, we implemented a number of different improvements to the Word Cloud. We started to use the Golden Spiral

To improve the look of the Word Cloud, we wanted to add a natural feel to the cloud. The solution we chose to use was the Fibonacci sequence based spiral to distribute words (also known as the Golden spiral). This will add to the cloud’s natural feel and make it more visually appealing since the golden spiral is a naturally occurring phenomenon in nature.

We used space in a smart way

We used whitespace (the space between the Word Cloud words) to create an illusion so that words would appear bigger. The more popular a word is, the more padding we'll add around the word, which makes words stand out more in general, and lets trending words stand out in the Word Cloud. This makes it easier for the presenter and the audience to spot trending entries.

We tried a new scaling method

In order to decide on the size of the words in the Word Cloud, we had to use math. Instead of using a constant range of sizes for the words, we now use a dynamic formula that changes based on the cloud’s properties and contents. This makes for a more accurate and visually pleasing Word Cloud.

Overall, we feel that we have added a lot of enhancements to the Word Cloud that improves not only the data accuracy but the overall experience that presenters and audiences have when using the Mentimeter Word Cloud!

Soner is a front-end developer here at Mentimeter, so don't worry