Ramtin2021-02-23
Last summer I had an amazing internship experience at Mentimeter! I had the opportunity to work as a full stack engineer together with a group of talented people, forming a team of interns for the summer. We got to work as our own team with a project that recently got released to all Mentimeter customers: The pin on image slide-type! We got to solve so many interesting problems together. These problems ranged from everything regarding the planning and design of the feature to the actual implementation in code. We got to take an idea all the way from the scratchpad to the project being ready for production.

My key takeaways from this experience are the importance Mentimeter puts on transparency, self-leadership, how they allowed me to grow in both technical skill and confidence and all the fun experiences I had.

The amount of transparency at Mentimeter is unlike anything I have experienced before. It all starts at the onboarding which went through everything from the company strategy and all the metrics used to measure the growth of Mentimeter, all the way to how the entire backend is built and how all the systems are interacting. But there is a beautiful reason for this level of transparency and it wasn't clear to us interns until we actually started with our project. I’ll come back to that later in the text but what is important to take away from this is that, even as interns, we were treated as full-time engineers. In fact, many of our onboarding sessions were with a couple of full-time engineers that joined during the summer.

Another thing that I think very clearly demonstrates how much Mentimeter values interns is the fact that the company strategy and details that I mentioned earlier were actually presented by the co-founder and CEO of the company. To add to this, during the internship itself another co-founder and CPO was always checking up on us and was very eager to talk to us about how the project was going and if we had any feedback about anything regarding the entire organisation. To be valued that much as an intern I think is something out of the ordinary indeed. 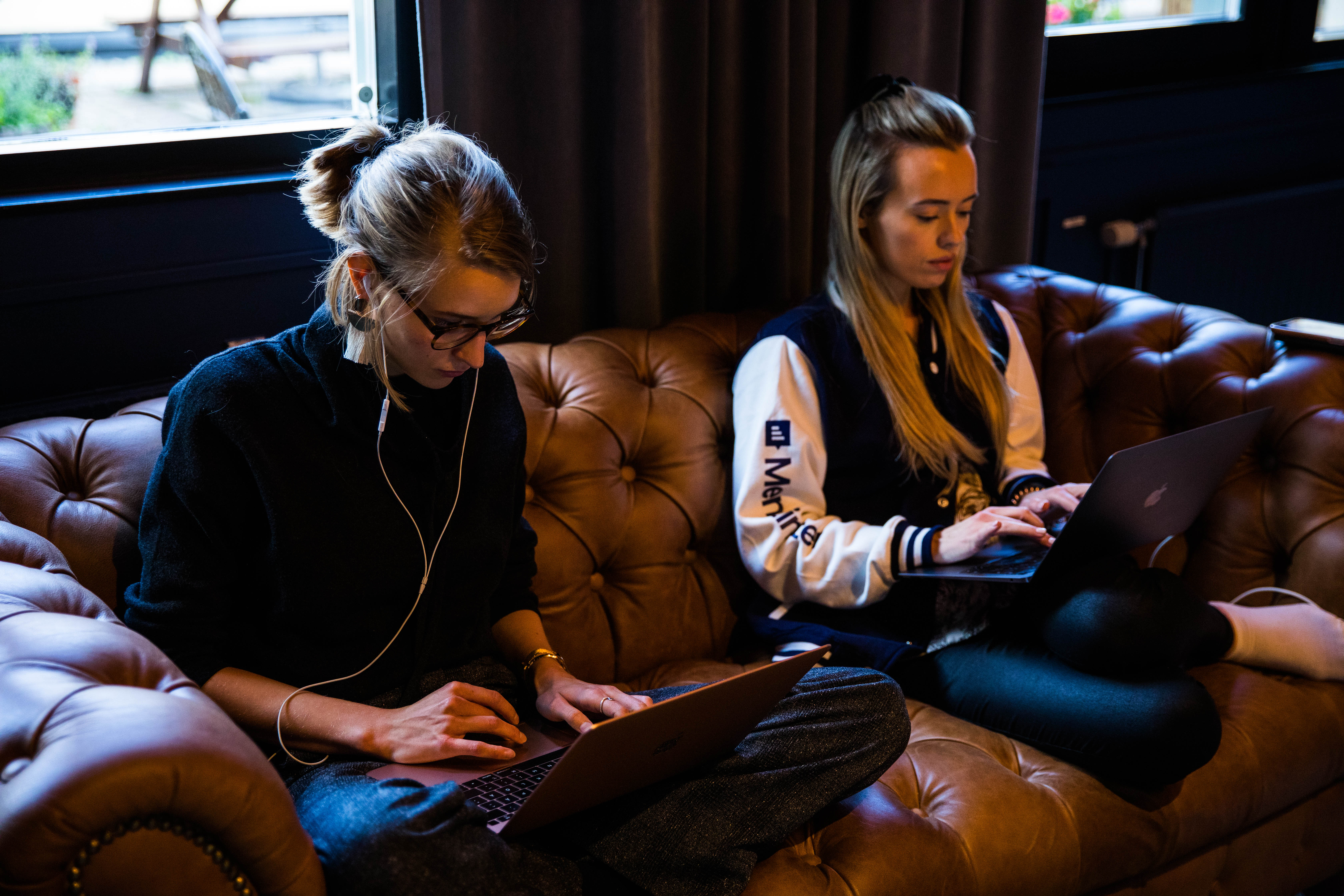 Another aspect of the internship that is central to the Mentimeter culture, and something that we got to experience first hand in a very real way, is the concept of self-leadership. After the onboarding that I mentioned earlier, all the interns were put into a single team and we essentially became a new value stream within Mentimeter for the summer. Our coaches presented us with the project: a new slide-type for the first time in over a year - Pin on Image. A slide-type that had been requested by customers. And off we went after that! All of the decisions regarding design and implementation were left to us as a team, and this is where self-leadership became really apparent. At this stage, it became clear why we had such an extensive onboarding. Because, since we knew the core values of Mentimeter at this point, we could always turn to them at every decision and this has two major implications. First of all, it gave us the confidence to trust in our ideas and since all decisions at Menti then follow the same principles the entire product has a consistency that is, in my opinion, second to none. This consistency in turn made us feel very connected to the rest of the product, which is very motivating and made us feel that we were working on something real that was not just an “interns project”.

Growth as an engineer

During this internship, I grew the courage to be able to trust my instincts and trust that if I think that something could become a problem then it is worth bringing it up. A culture that allows interns to feel comfortable and confident enough like this is extremely valuable. This is actually what I cherish the most from the internship. When working on labs for a course at university or doing projects as a self-taught programmer, there is a certain feeling of safety since we cannot really ruin anything for anyone but ourselves. But when you are working in a huge codebase and are about to merge something into the master branch and release it into the wild, there is a certain fear in the beginning. To help with this, Mentimenter had two processes. The first one was to make us deploy code to production often by assigning us to do bug fixes in the beginning of the internship. This allowed us to get familiar with the codebase at the same time as we slowly got over the fear of deploying. The second process was that there were coaches that guided us as well as reviewing our code continuously and giving us feedback. To get very thoughtful and detailed reviews, in the beginning, added to our growth as engineers. 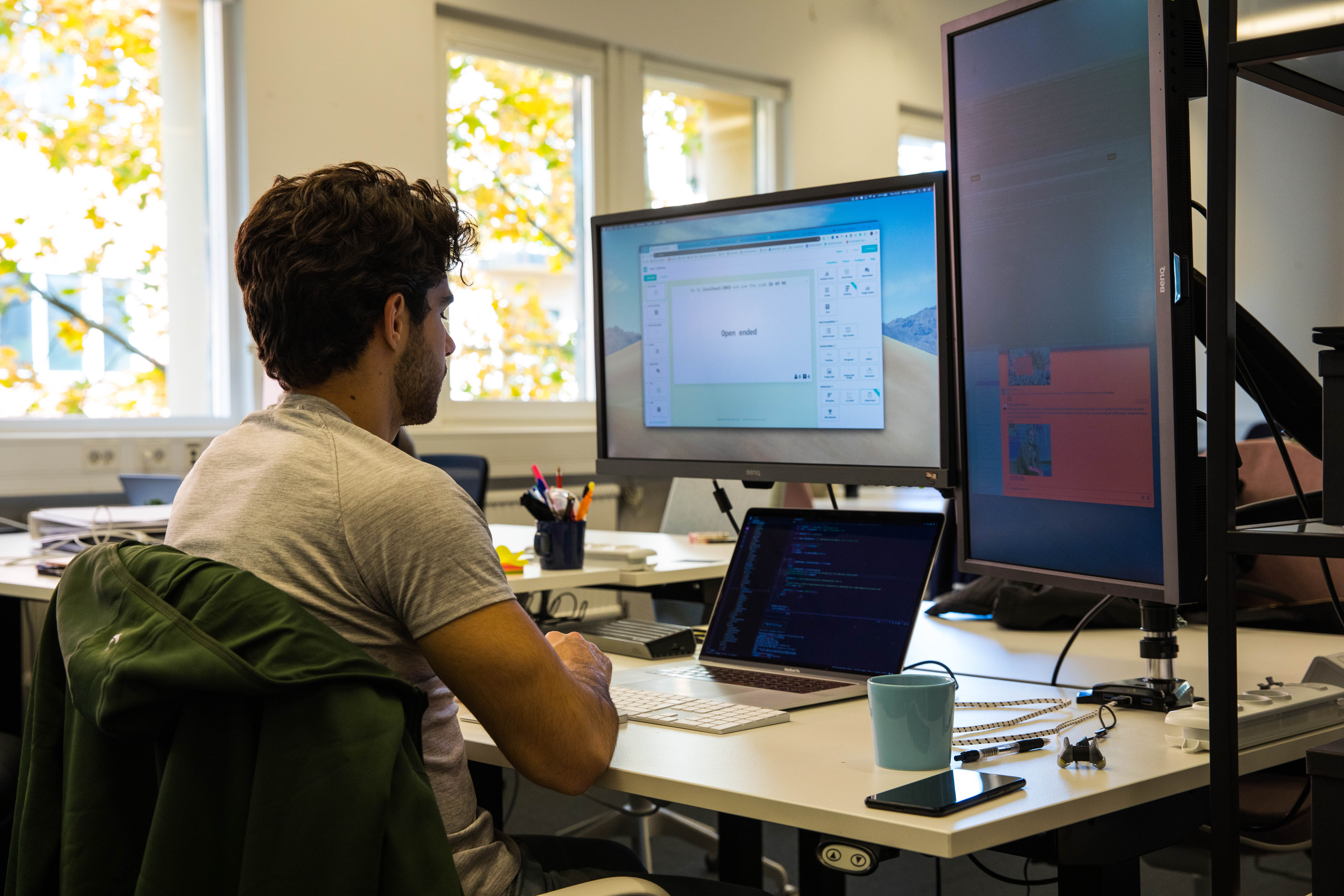 All the fun and enjoyable experiences

The startup spirit at Mentimeter is still very much there, with all the fast decisions and the number of changes. This makes the working environment very dynamic and exciting. Coupled with the fact that everyone is so incredibly nice and all the engineers are ready to answer any question you have, makes it feel like you can ask anyone whenever you have a question. Sometimes you got a very good answer or sometimes instead they taught you how to unblock yourself, which is even more useful most of the time. Keep in mind that this was my experience even though, after the onboarding, most of the time the team was working remote due to the current covid situation. What I’m trying to get across here is that, even though we were working remote, I always felt involved. This is something that I think Mentimeter has been very good at adjusting to. They do this through different policies, for example, if one person is remote and the rest of the team is in the office then everyone has to split up and call into a meeting.

A highlight of the day at the office is the lunches. Mentimeter has a chef that cooks the most amazing and tasty vegetarian food every day for lunch. The thing that is truly enjoyable during the lunches apart from the tasty food is the fact that everyone from every department of Mentimeter comes together and you can end up having lunch with people that are doing completely different things than you. This allows for great conversation and, at the same time, you get the opportunity to learn more about, for example, the struggles of support or what people at sales are hearing from customers. For me, this was really interesting since I could get a more holistic picture of the organisation, and again this is something that I believe is unique to Mentimeter since these organic conversations are facilitated by the entire company having lunch together.

So, in conclusion, if you are on the fence about applying to the summer internship I cannot recommend it enough. It will be something you will remember for a long time and I can almost guarantee that you will be challenged in ways you have not been before and come out the other end as a much better engineer!

Interested in a Summer Intership at Mentimeter? Explore our Careers page for more info and to apply!Explore jobs

Migrating a 200,000 LOC codebase to Typescript in a day and a half

Working as a Sales Solution Engineer